Tiong Seng; listed in Singapore, is one the region’s most innovative construction & property development companies. Unfortunately within the industry, employee attrition rates were traditionally high, as staff tended to move on when construction projects were completed. Tiong Seng faced similar issues, so Tangible were brought in to help. Initially Tangible developed the brand and ideated internal initiatives aimed at reducing the attrition rates. This was follow by an external branding project that leveraged Tiong Seng innovate culture to position the group as: ‘Pioneers of Possibility. Tangible have subsequently worked on multiple project with the Tiong Seng Group during the last decade. 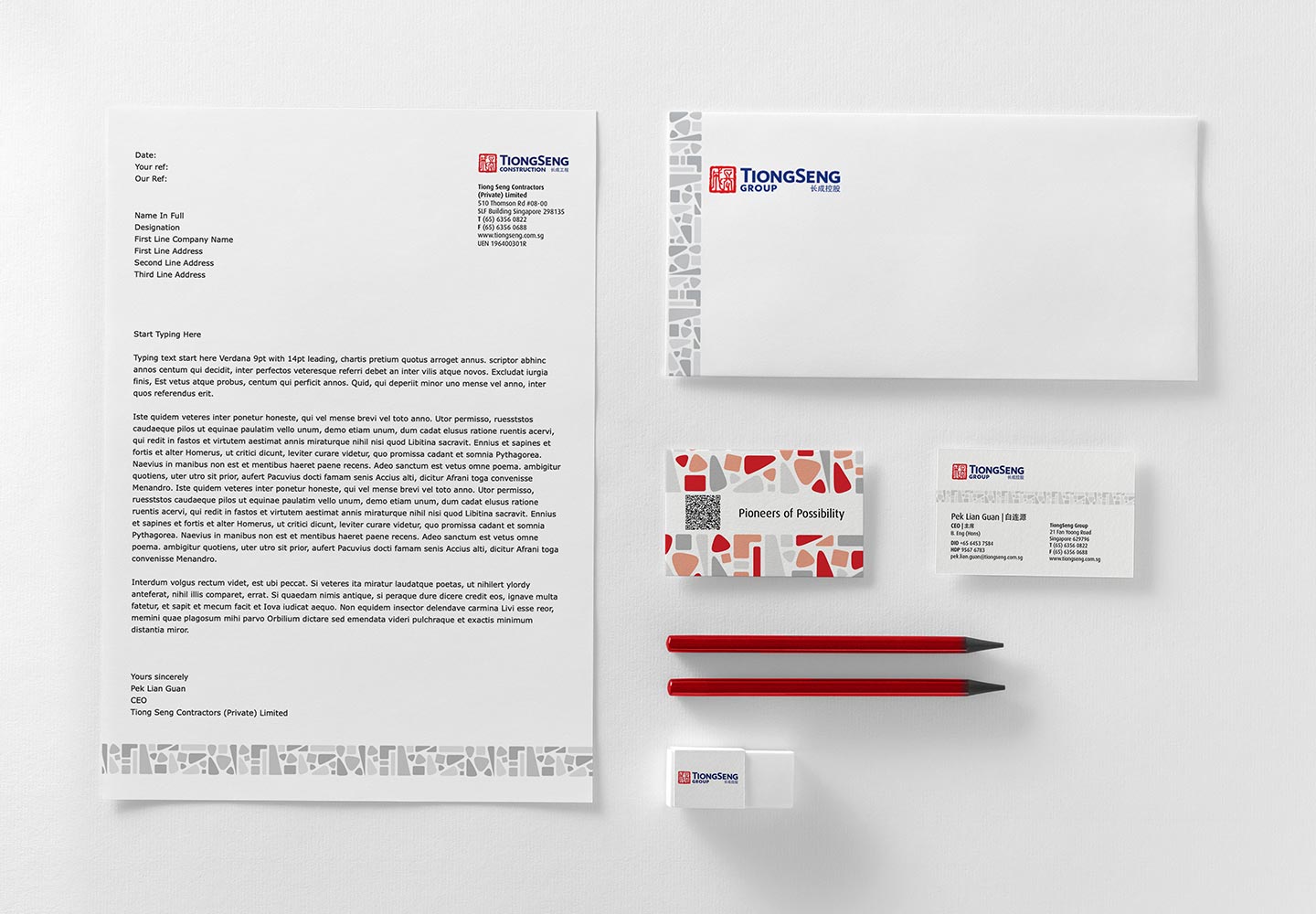 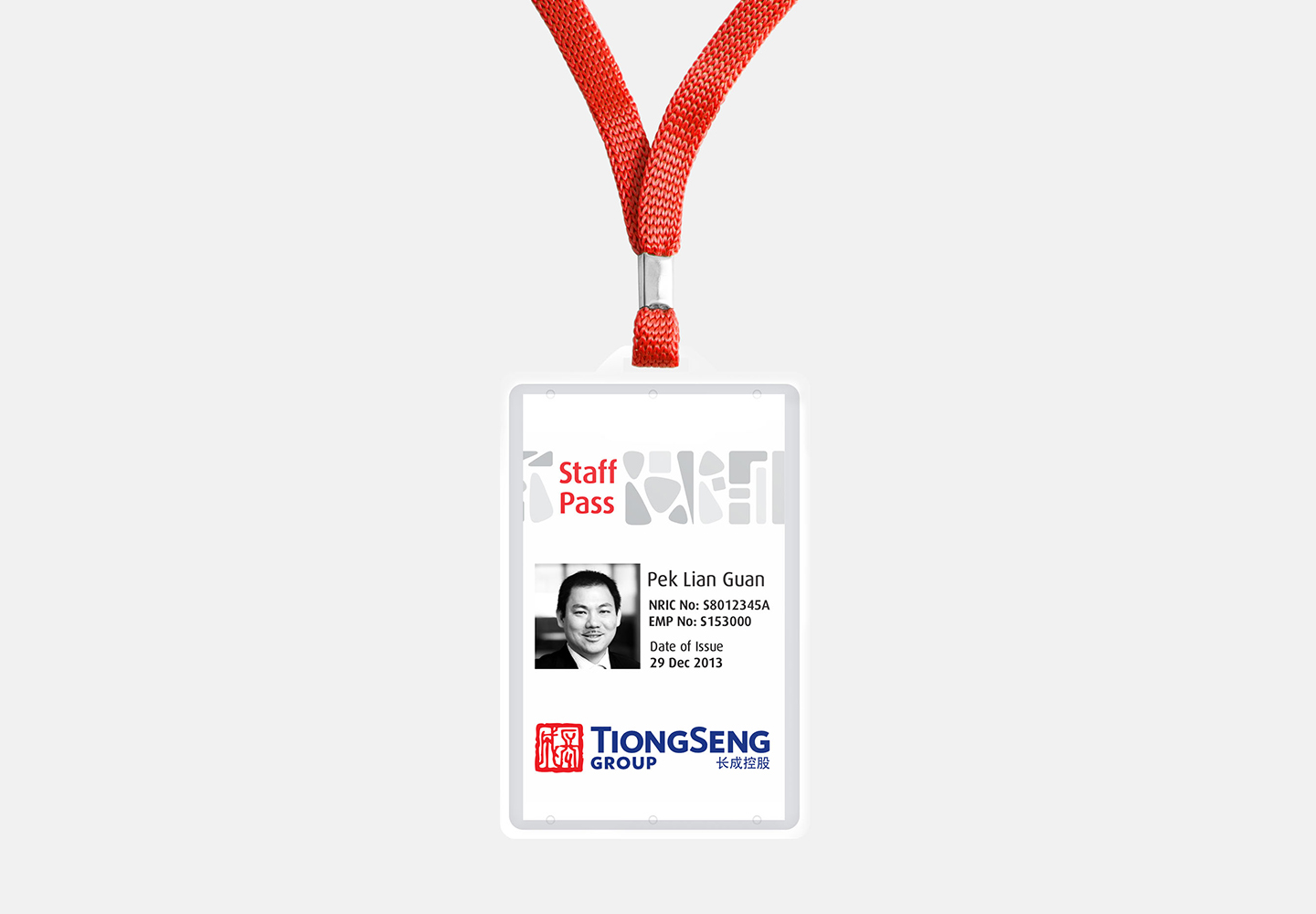 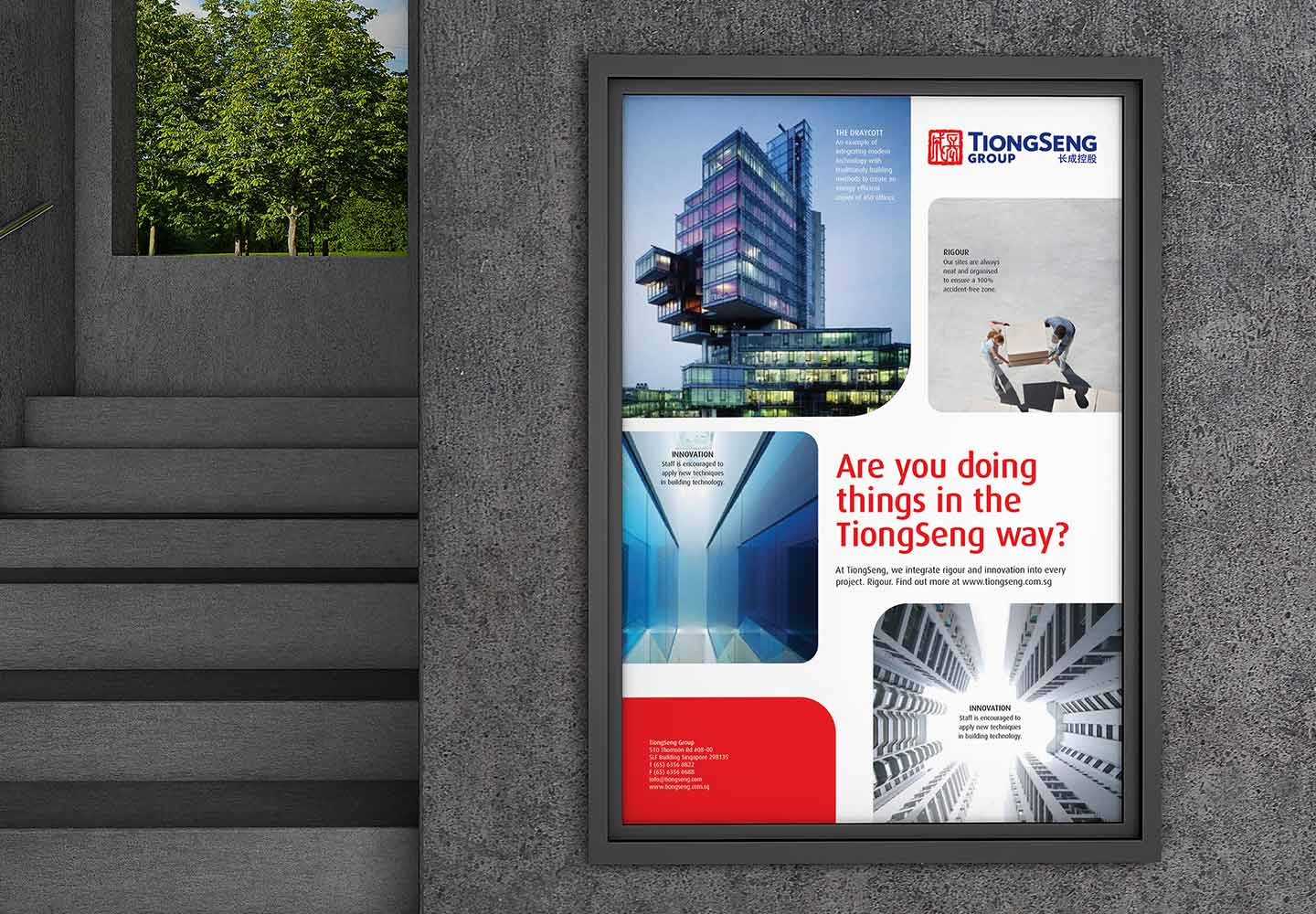 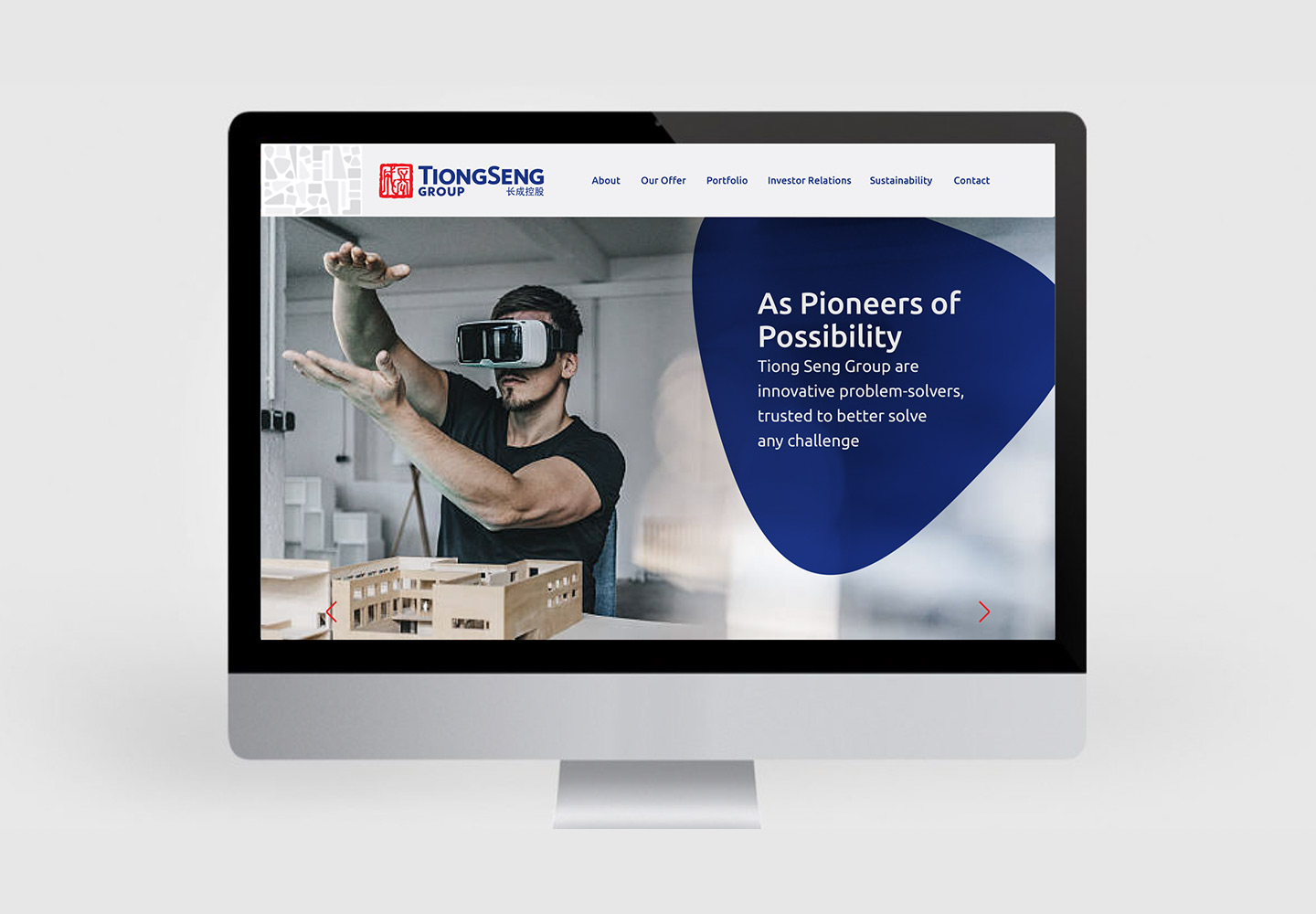 The construction industry has gone through fundamental changes over recent years, so Tangible refreshed the visual and verbal toolkit to reflect their future forward approach. We also developed a corporate video to capture Tiong Seng’s unrelenting drive to evolve more effective construction techniques. 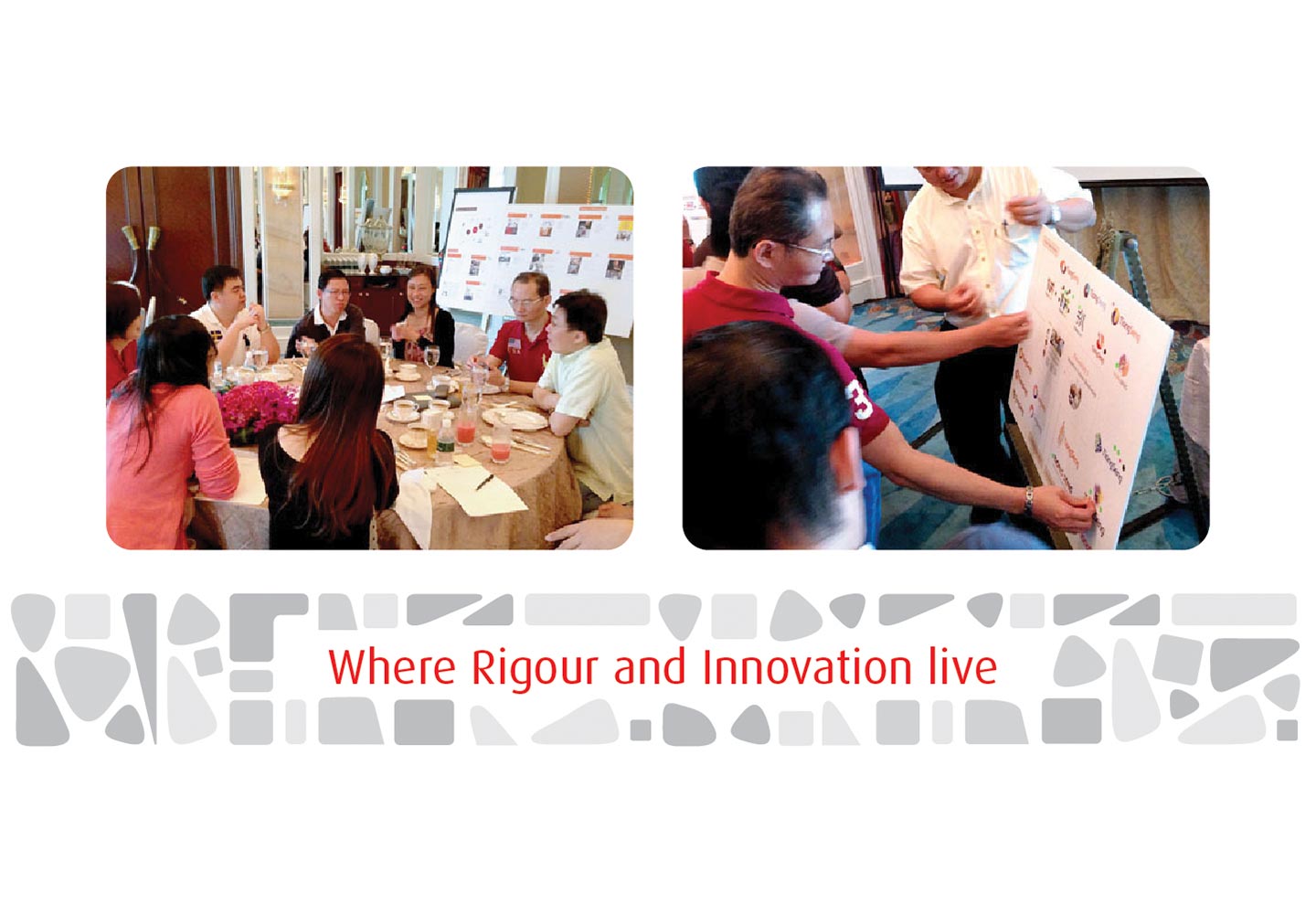 Ideation workshops focused on internal branding opportunities. The first was codifying the ‘Tiong Seng Way’ to ensure that knowledge & learning was captured and shared effectively. The second was ideating the induction programme, aimed at engaging employees effectively during their first few weeks. 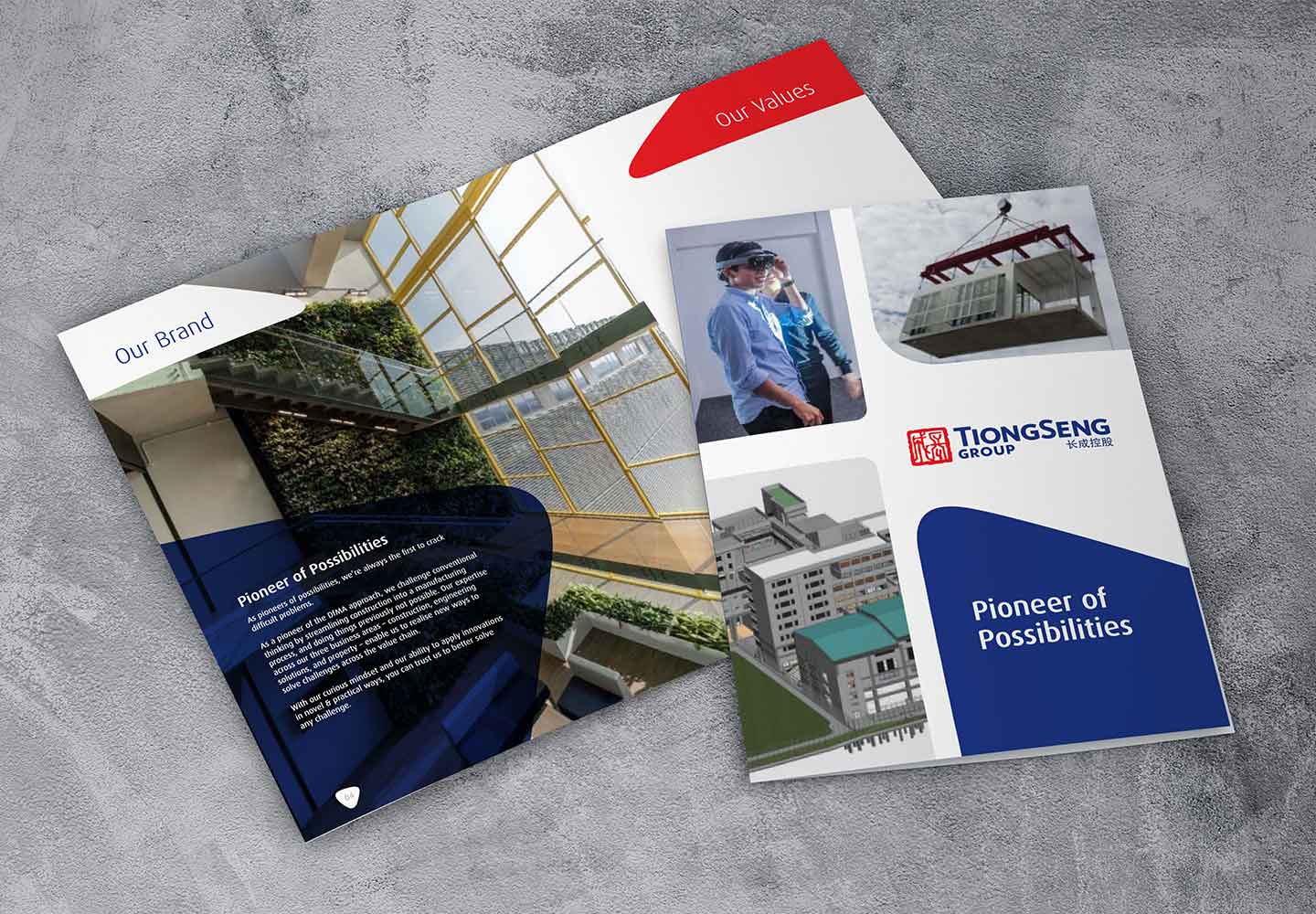 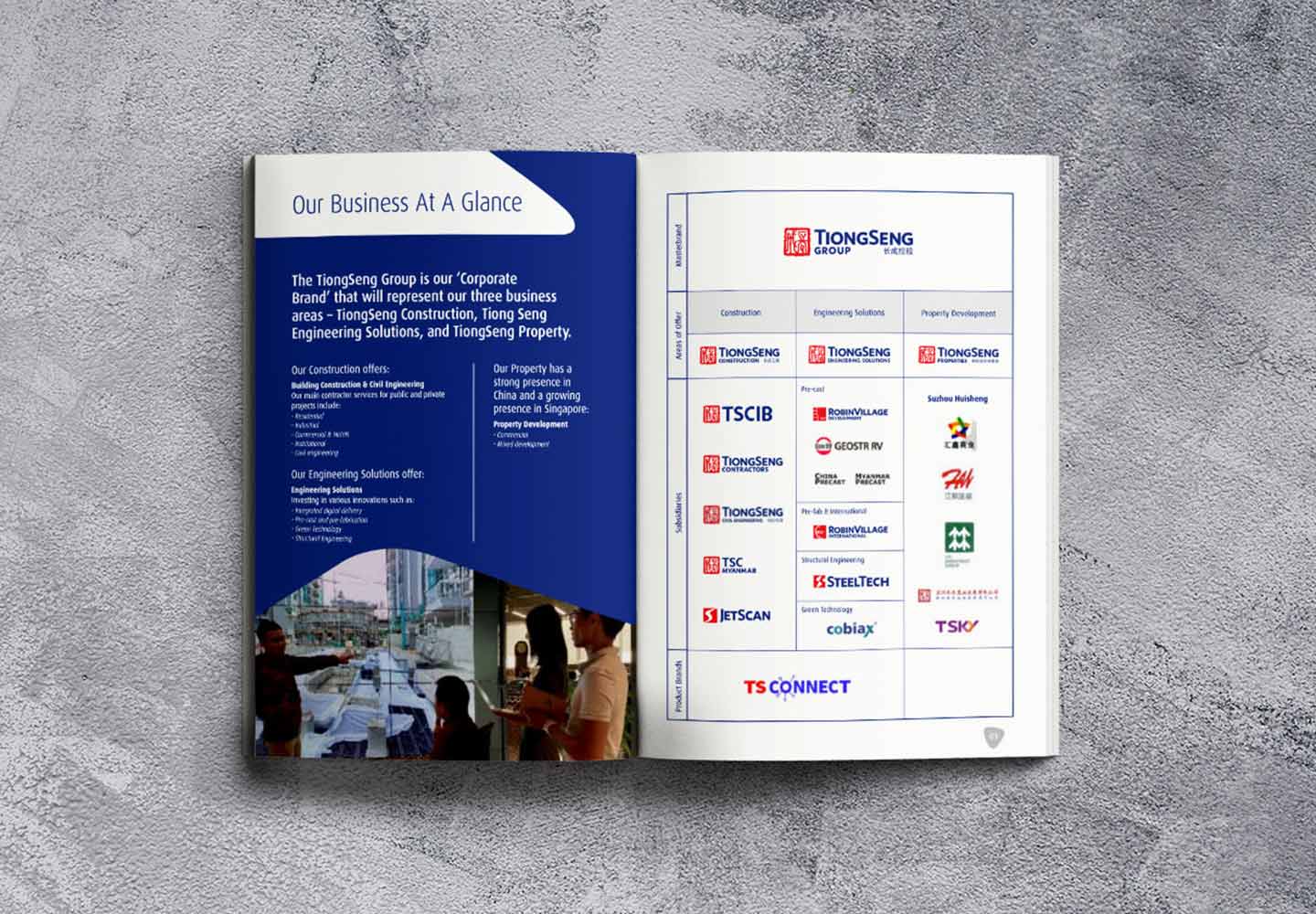 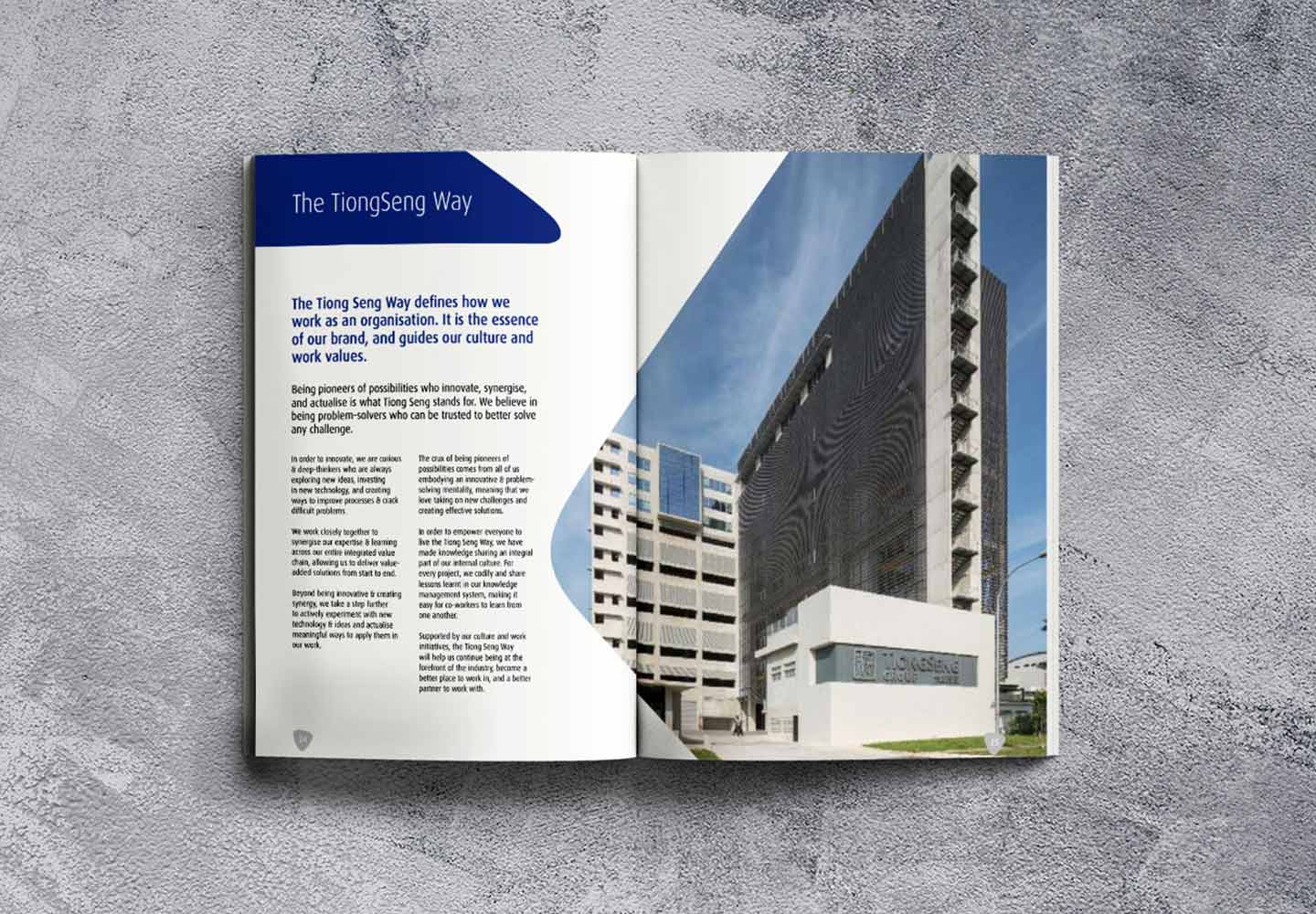 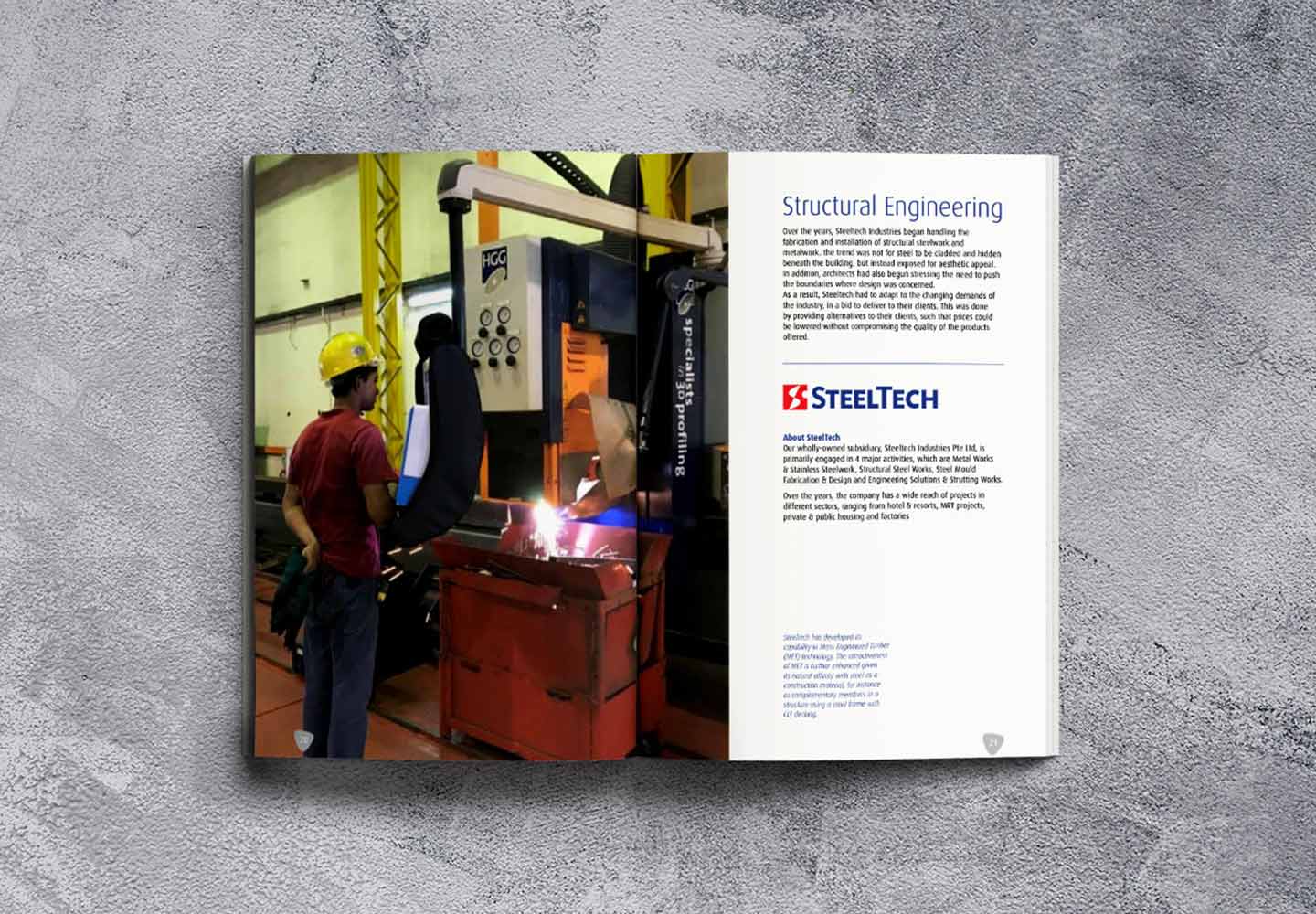 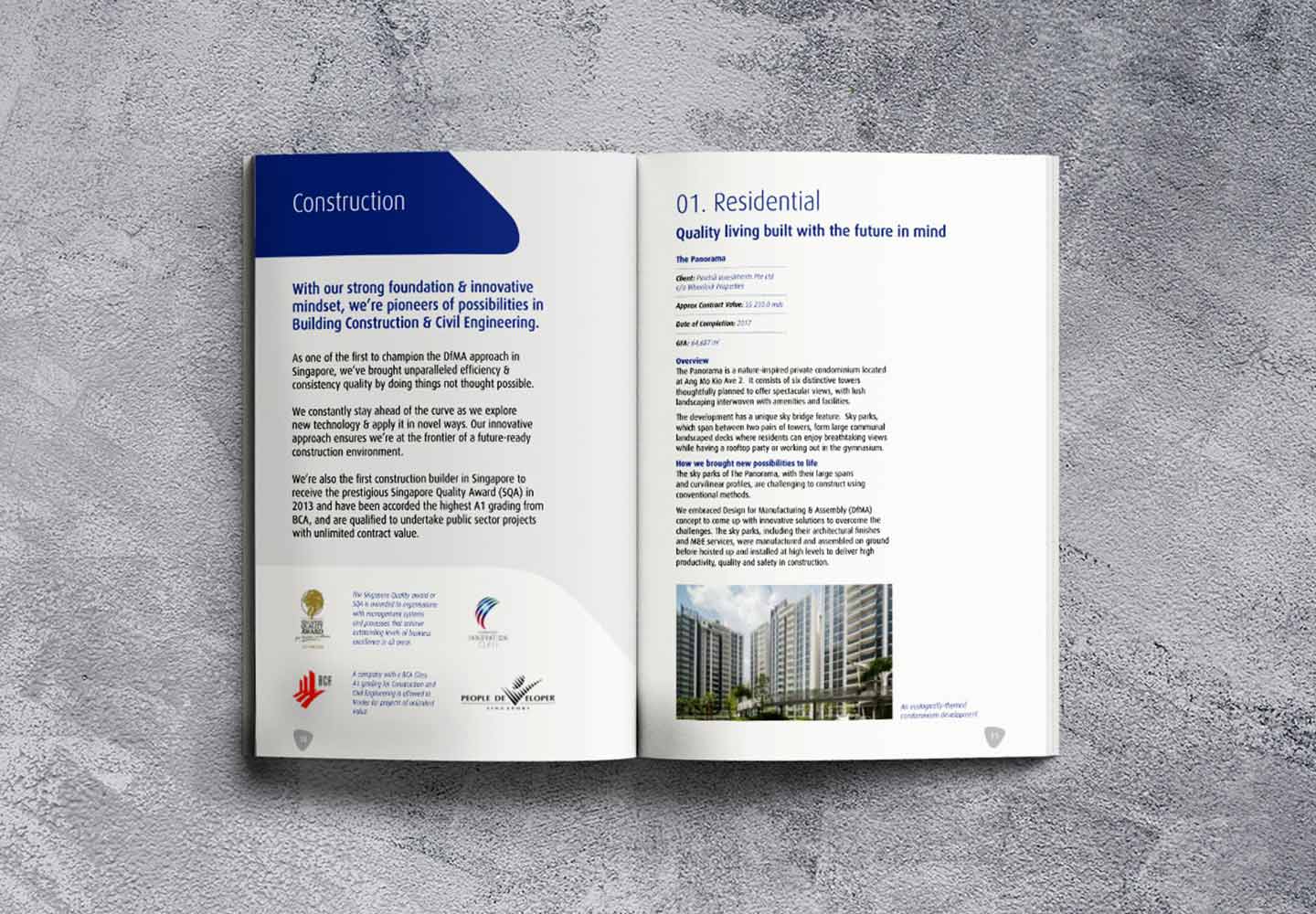 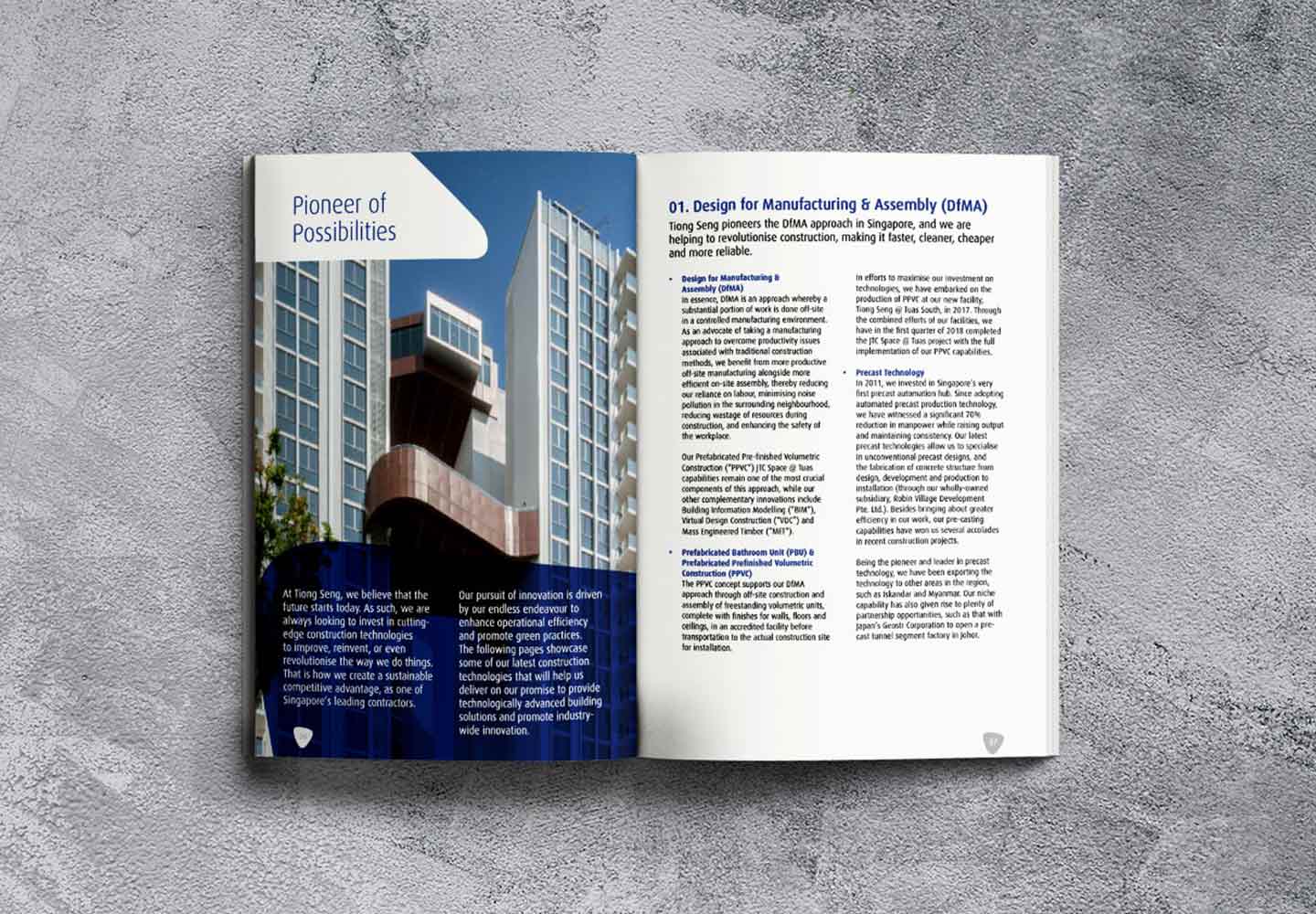 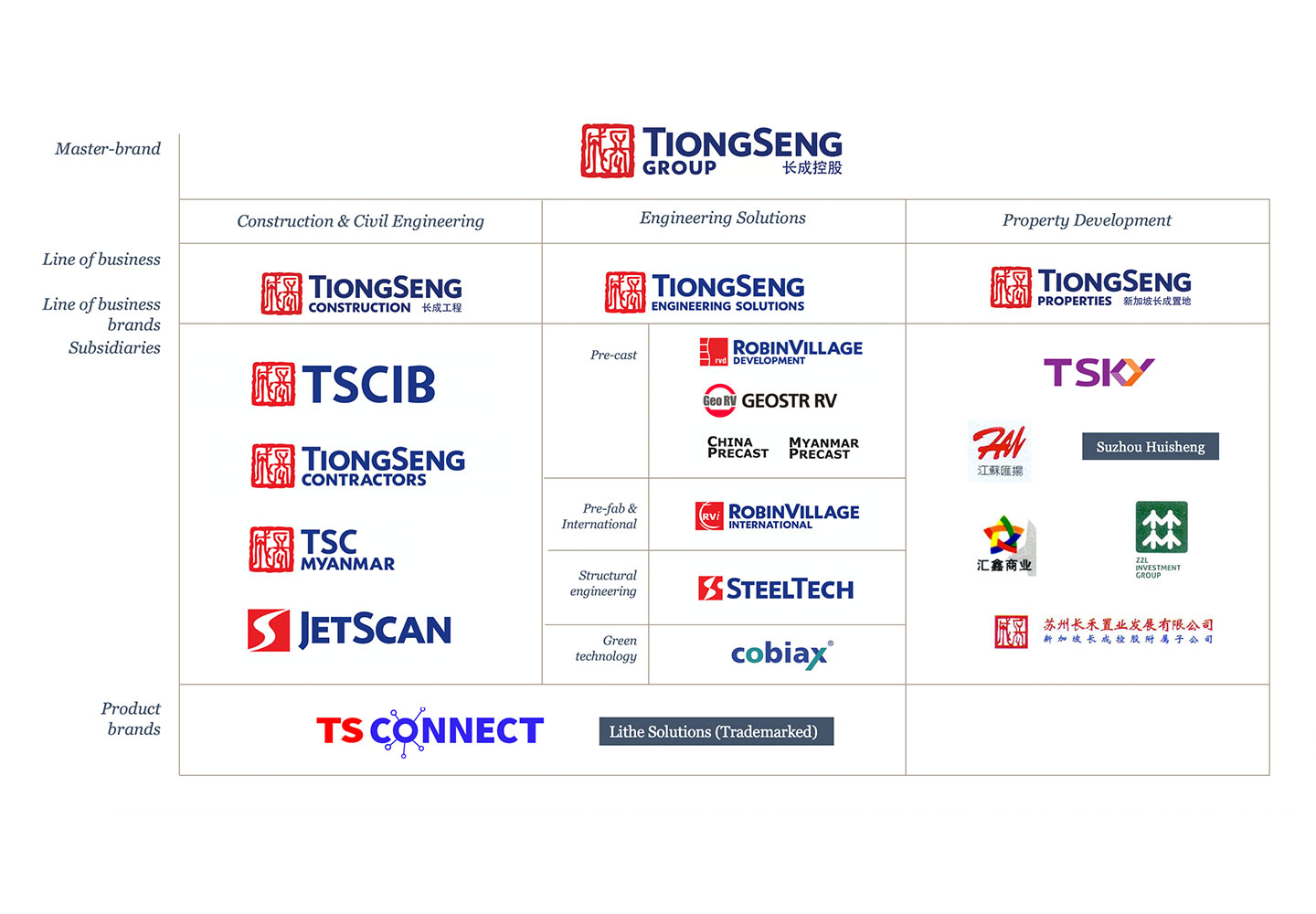 Tangible created the ‘TiongSeng Group’ and developed line-of-business brands for three key sectors. Tangible then aligned businesses within the group behind the group brand. 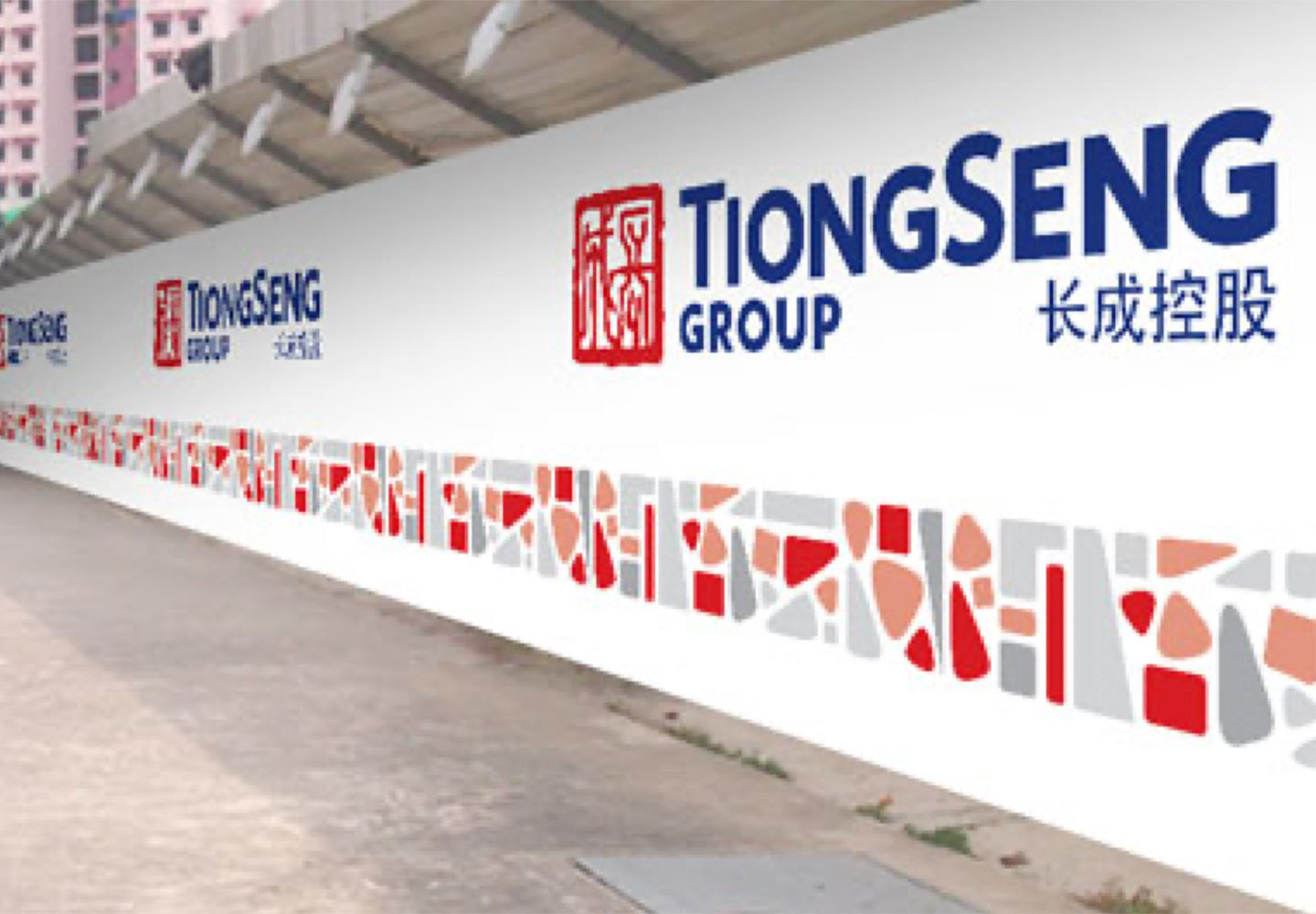 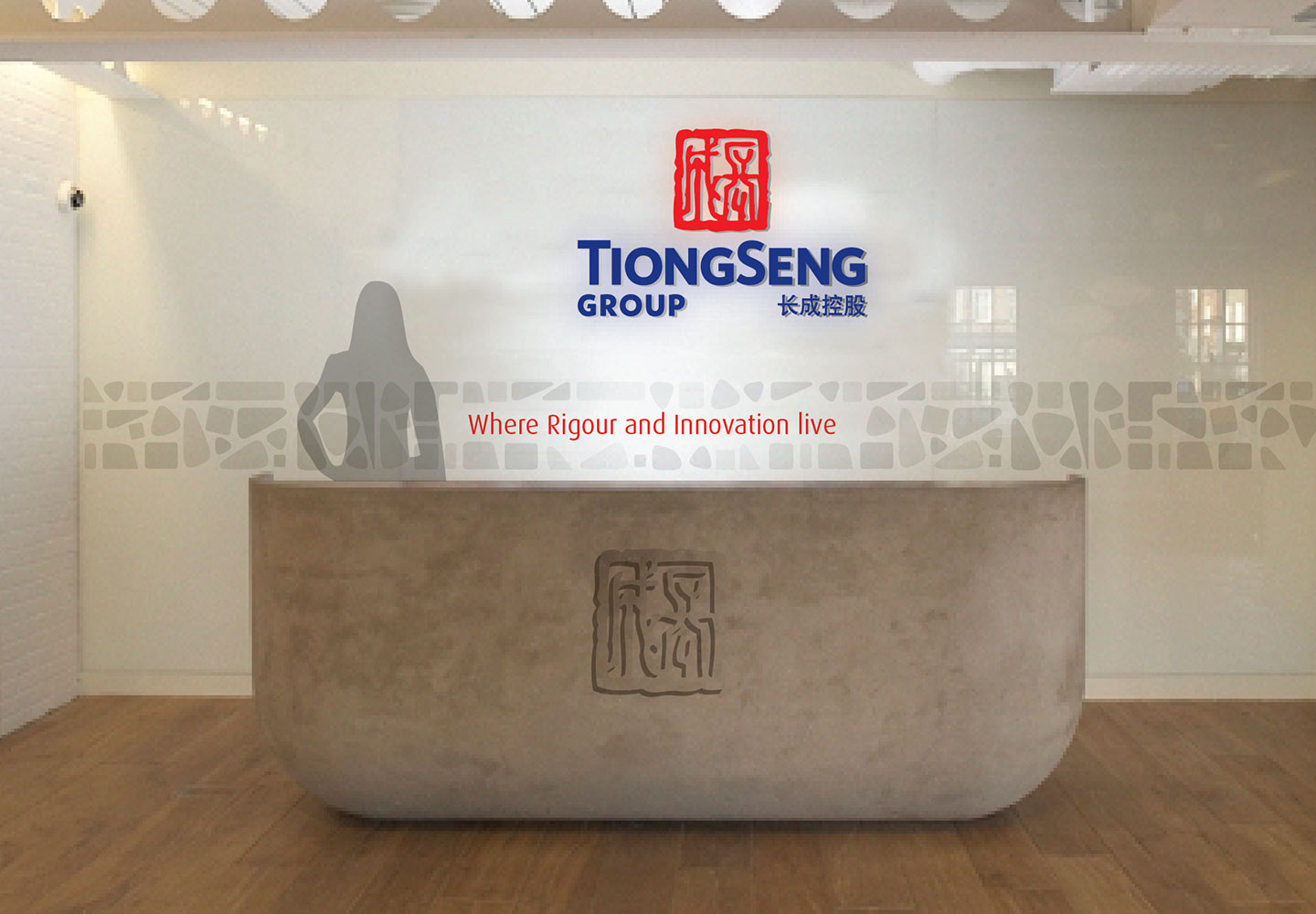 Tangible created a suite of environmental graphics to inform and inspire the workforce with their internal brand and how that should be delivered on-site. 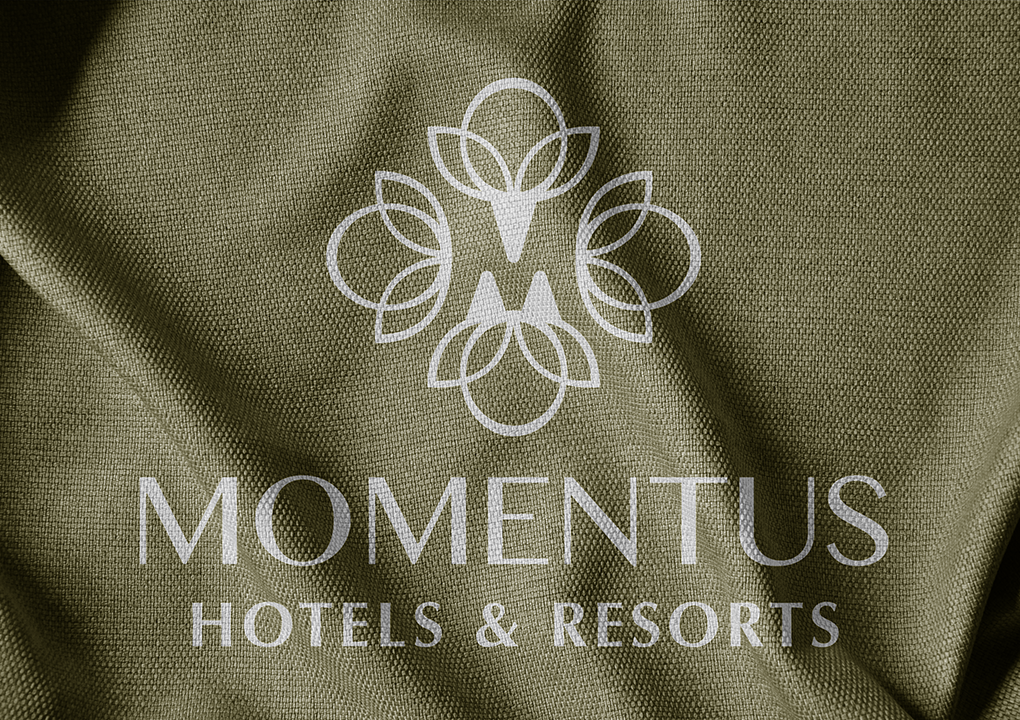 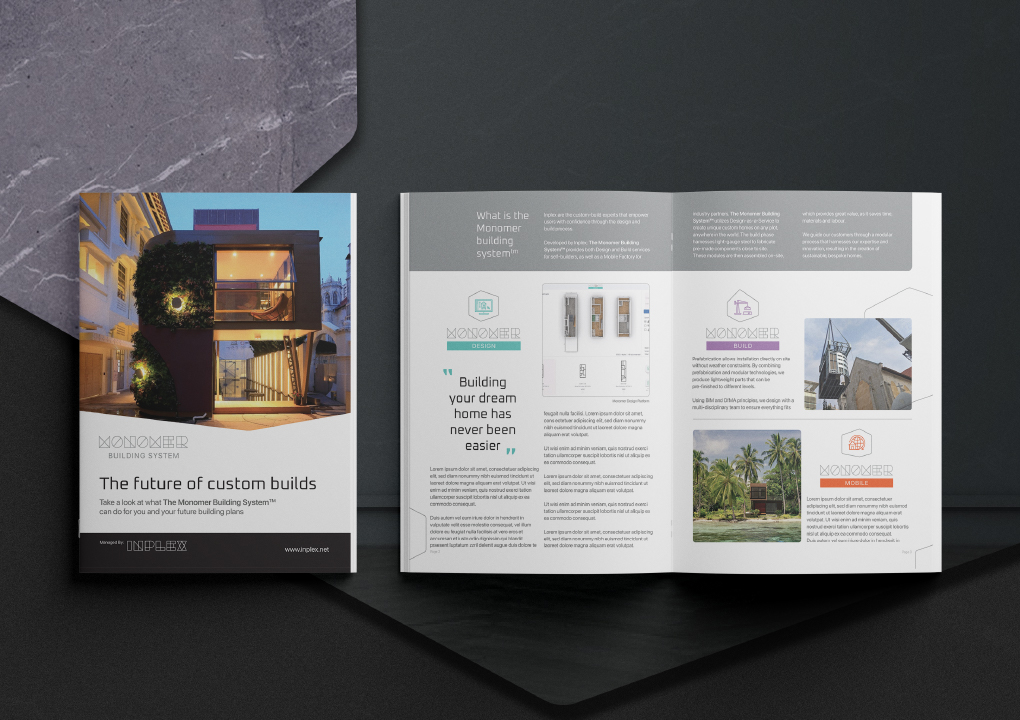 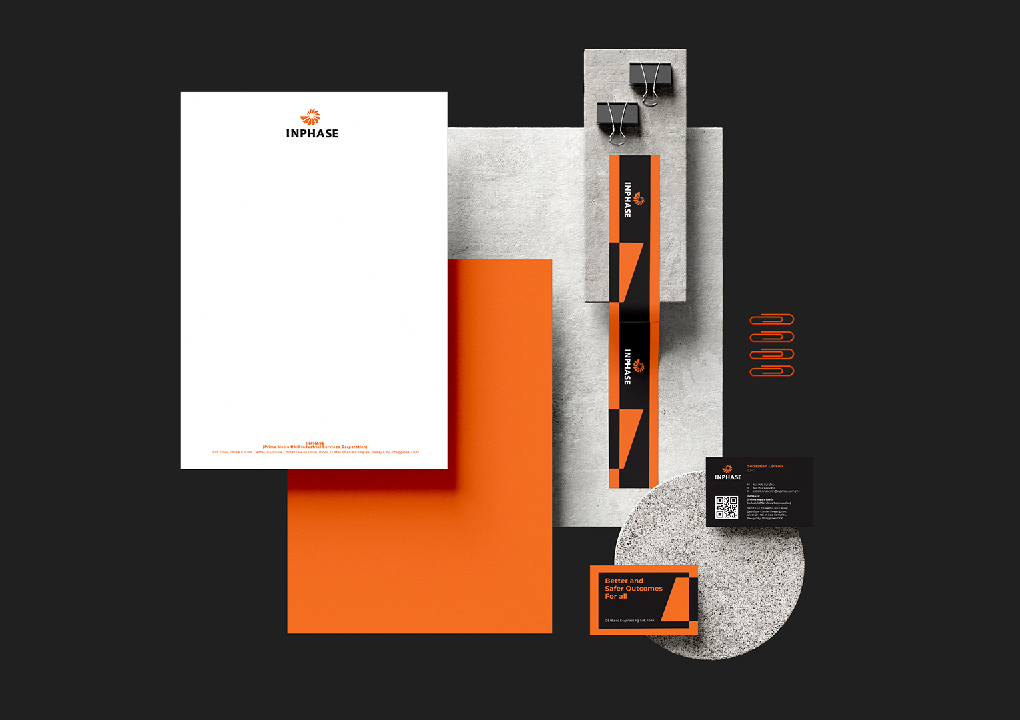